Ashwagandha- is an adaptogenic herb popular in Ayurvedic medicine that has shown incredible results for lowering cortisol and balancing thyroid hormones.
In India, ashwagandha is known as the “strength of the stallion” since it has traditionally been used to strengthen the immune system after illness.
Ashwagandha has also been referred to as Indian ginseng because of its ability to enhance stamina and has extraordinary stress relieving properties.

Additionally, in a 4-week study in people with schizophrenia, those treated with ashwagandha had an average reduction in fasting blood sugar levels of 13.5 mg/dL, compared with 4.5 mg/dL in those who received a placebo ().

Animal and test-tube studies have found that withaferin — a compound in ashwagandha — helps induce apoptosis, which is the programmed death of cancer cells .

First, withaferin is believed to promote the formation of reactive oxygen species (ROS) inside cancer cells, disrupting their function. Second, it may cause cancer cells to become less resistant to apoptosis .

Animal studies suggest that it may help treat several types of cancer, including breast, lung, colon, brain, and ovarian cancer .

In one study, mice with ovarian tumors treated with withaferin alone or in combination with an anti-cancer drug showed a 70–80% reduction in tumor growth. The treatment also prevented the spread of cancer to other organs.

Although no evidence suggests that ashwagandha exerts similar effects in humans, the current research is encouraging.

Cortisol is known as a stress hormone given that your adrenal glands release it in response to stress, as well as when your blood sugar levels get too low.

Unfortunately, in some cases, cortisol levels may become chronically elevated, which can lead to high blood sugar levels and increased fat storage in the abdomen.

In one study in chronically stressed adults, those who supplemented with ashwagandha had significantly greater reductions in cortisol, compared with the control group. Those taking the highest dose experienced a 30% reduction, on average (3).

May help reduce stress and anxiety

Ashwagandha is perhaps best known for its ability to reduce stress.

Researchers have reported that it blocked the stress pathway in the brains of rats by regulating chemical signaling in the nervous system (.

Also, several controlled human studies have shown that it can reduce symptoms in people with stress and anxiety disorders (

In a 60-day study in 64 people with chronic stress, those in the group that supplemented with ashwagandha reported a 69% reduction in anxiety and insomnia, on average, compared with 11% in the placebo group

In another 6-week study, 88% of people who took ashwagandha reported a reduction in anxiety, compared with 50% of those who took a placebo

May reduce symptoms of depression

Although it hasn't been thoroughly studied, a few studies suggest ashwagandha may help alleviate depression In one controlled 60-day study in 64 stressed adults, those who took 600 mg of high-concentration ashwagandha extract per day reported a 79% reduction in severe depression, while the placebo group reported a 10% increase

However, only one of the participants in this study had a history of depression. For this reason, the relevance of the results is unclear.

May lower cholesterol and triglycerides

In addition to its anti-inflammatory effects, ashwagandha may help improve heart health by reducing cholesterol and triglyceride levels.

Animal studies have found that it significantly decreases levels of these blood fats.

One study in rats found that it lowered total cholesterol and triglyceride levels by 53% and nearly 45%, respectively .While controlled human studies have reported less dramatic results, they have observed some impressive improvements in these markers In a 60-day study in chronically stressed adults, the group taking the highest dosage of standardized ashwagandha extract experienced a 17% decrease in LDL (bad) cholesterol and an 11% decrease in triglycerides, on average (3). 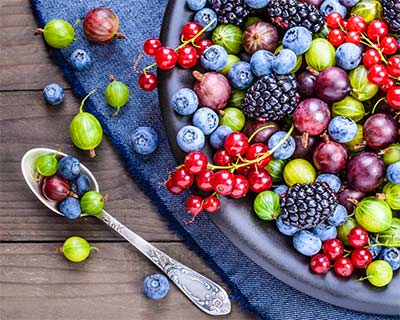 The best way to measure antioxidant activity is using the ORAC test. Here’s how 100 grams tests out compared to other superfoods:

It tests out at being 55x higher than blueberries and 1.5x higher than acai! The only fruit that ranks higher is the coffee cherry, but that’s assuming you don’t count the inner bean (seed) in the measurement.

Given its potency, maybe eating just a little bit of amla per day isn’t so bad after all! 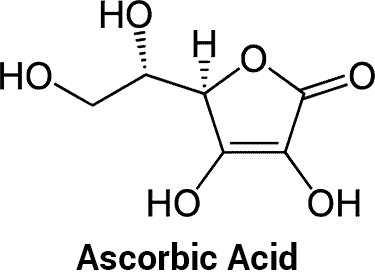 If you think orange juice is high in vitamin C, think again.

For starters, all of the OJ for sale in the U.S. is pasteurized. That destroys the vitamin C content. Unless you are buying the expensive cold-pressed version, brands like Tropicana, Minute Maid, and Florida’s Natural all use synthetic ascorbic acid which is added in after pasteurization. Over 80% of ascorbic acid is made in China. (1)

Compared to fresh oranges, Indian gooseberries have 20-30x the concentration of vitamin C. The raw powder is a rich source, too. (2)

Amla, popularly known has gooseberry fruit has numerous health properties, according to recent studies. Once the fruit is ground into powder form, it is great for skin and hair. Amla powder is high in vitamin C( that helps to improve tissue growth.
Amla powder is also an excellent supplement that helps in the production of collagen in the body. Collagen production helps in repair and growth of body tissues. Moreover, vitamin C improves function of the immune system, strengthening it against sickness and viral infections.

Natural hair treatment
Amla powder has great astringent properties when mixed with cold water to form a paste. You can apply the paste on the scalp to prevent balding and hair loss. On the other hand, you can mix the powder with warm water, scrub into the face and remember to wash it off. This is not only a great way to tone the skin, but is also an effective way to prevent the hair from dying off.
3. Maintains cell health

Amla powder contains vitamin C that acts as an antioxidant, which helps to destroy free radicals responsible for cell damage as well as diseases. Studies further show that amla powder is beneficial in treating skin disease and also delays premature aging signs such as skin blemish.

5. Treats eye disease:Amla powder may also help in preventing the occurrence of eye disease. It counters common diseases like itching and reddening of the eyes.

Amla contains gallic acid which is a potent polyphenol and has been found to improve immunity (Singh et al. 2011). It is also a rich source of pectin, an important form of dietary fiber that regulates the bowel action, is anti-diabetic, and treats scurvy and pulmonary tuberculosis (Ganju et al. 2003; Yokozawa et al. 2007; Sidhu et al. 2011). Because of its excellent therapeutic values, it is extensively used in Ayurvedic medicines. Ref: https://www.ncbi.nlm.nih.gov/pmc/articles/PMC4648887/
GREEN TEA EXTRACT
Green tea extract is its concentrated form, with just one capsule containing the same amount of active ingredients as an average cup of green tea.
Like green tea, green tea extract is a great source of antioxidants. These have been credited with a range of health benefits, from promoting heart, liver and brain health to improving your skin and even reducing the risk of cancer (1).What’s more, many studies have looked at green tea extract’s ability to aid weight loss. In fact, many weight loss products list it as a key ingredient.
Green tea is taken by mouth to reduce high levels of cholesterol or other fats (lipids) in the blood (hyperlipidemia). It is also used to improve mental alertness and thinking, diabetes, low blood pressure, and many other conditions.
The health benefits of green tea extract are mostly due to its high antioxidant content.
Antioxidants can help reduce oxidative stress by fighting cell damage caused by free radicals. This cell damage is associated with aging and SEVERAL diseases.
Polyphenol antioxidants called catechins comprise the majority of green tea extract’s antioxidant content. Among the catechins in green tea, epigallocatechin gallate (EGCG) is the most researched and thought to provide the most health benefits.
Green tea extract is rich in catechins, and it contains a decent amount of caffeine.
Interestingly, it seems that this combination of ingredients is responsible for its weight loss.
Both catechins and caffeine have been shown to assist in weight loss by regulating the hormones that can enhance thermogenesis
Thermogenesis is the process by which your body burns calories to digest food and produce heat. Green tea has been shown to boost this process by making your body more effective at burning calories, which can lead to weight loss.
GINSENG EXTRACT
Ginseng is an herbal supplement that has been used for centuries in Chinese medicine.It is commonly touted for its antioxidant and anti-inflammatory effects. It could also help regulate blood sugar levels and have benefits for some cancers.
What’s more, ginseng may strengthen the immune system, enhance brain function, fight fatigue and improve symptoms of erectile dysfunction.
Ginseng can be consumed raw or lightly steamed. It can also easily be added to your diet via its extract, capsule or powder form.

Other possible uses include reducing cholesterol, lowering the risk of blood clotting, and helping to maintain healthy blood sugar levels.